Fake or Real: How to Spot Fake News Spreaders in the AI Era 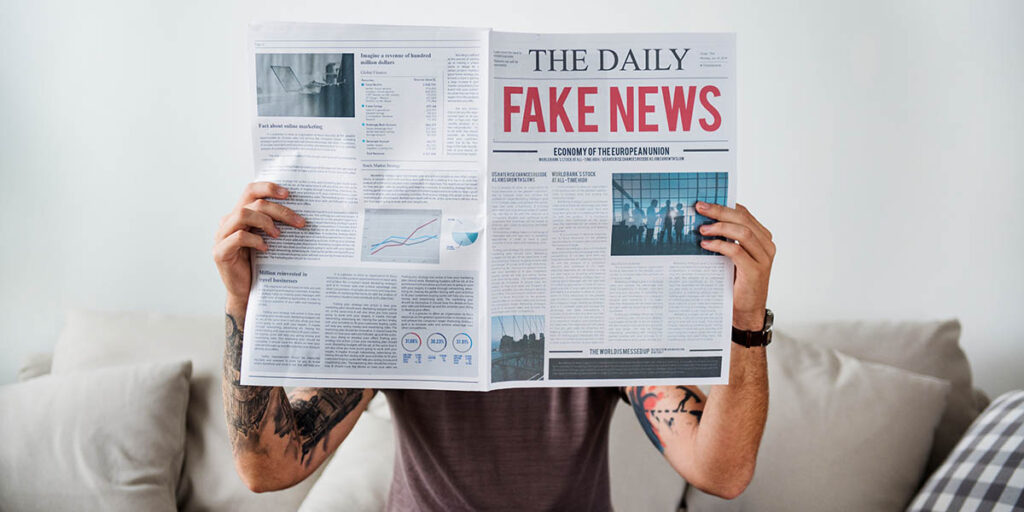 Technology is evolving fast. So fast that unlimited access to the vast amount of online information is easier than ever. Based on a statistical report from EMC.com, the amount of online information is increasing with a ratio of 40% per year.
Powered with the rise of social media in the last decade, users can publish and share content online very fast and efficiently. Considering that social media platforms such as Facebook, Twitter, and Youtube are used by one-in-three people in the world, and more than two-thirds of all internet users, the way we access new information has changed.
The rapid and vast adoption of these technologies is changing how we connect with family and friends, how we access information from news outlets, and how we manage to demand change. However, this change is a double-edged sword. Despite the considerable benefit that we are receiving, this substantial increase exposes us to risk. Free online information is editable by anyone at any time. On one hand, humans take advantage of the available information to evolve in all life aspects. On the other hand, people can become exposed to the manipulation by others.

Fake News Spread Faster Than Ever

It is proven that fake news spreads faster than real news. A research study carried out at the Massachusetts Institute of Technology (MIT) and published in Science, studied the worldwide concern over false information and the possibility that it can influence political, economic, and social well-being. Some of the results obtained by the authors find that falsehoods diffuse significantly faster, further than, deeper and broader than the truth in all categories of information, and especially in social media.
In essence, fake news has 70% more probability to be retweeted than factual news. The degree of novelty and the emotional reactions of recipients seemed to have a crucial role in the circulating process. Also, it is shown that the effects were more pronounced for false political news than for false news about terrorism, natural disasters, science, urban legends, or financial information.
According to another study published by Council of Europe, information disorder has three main types. In addition to mis/disinformation, malinformation type is also considered. The authors defined it as: “when genuine information is shared to cause harm, often by moving information designed to stay private into the public sphere”. Malinformation has three main types which are leaks, hate speech, and harassment while false context, imposter, fabricated or manipulated content are counted as disinformation. 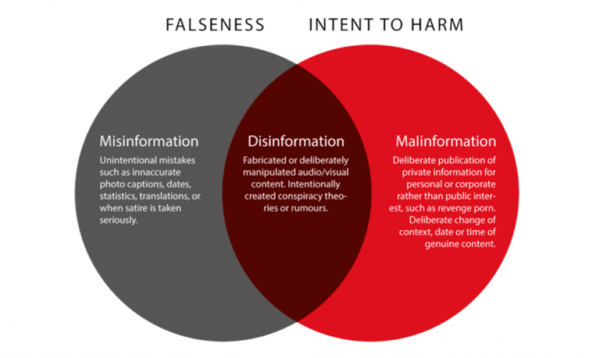 One of the most recent cases is the large amount of misinformation that was propagated related to the origin, prevention, diagnosis, and treatment of the COVID- 19 pandemic which affected the society in different ways. For example, fake news about the effectiveness of the chloroquine led to an increase of cases of chloroquine drug overdose.
With the US elections being around the corner, the influence of fake news is also evident in other domains, for example in the political area, researchers have drawn attention to their influence regarding elections outcomes.
The below study from one of our researchers, Bilal Ghanem’s Phd thesis (directed by Symanto’s Head of Product, Francisco Rangel and Paolo Rosso, a well-known researcher in the fields of plagiarism detection, author profiling and fake news detection) shows some examples of articles debunked as faked together with fact check and spreading tweets. It was observed that in the fact check tweets obtained, there were terms such as fake, false and fact check, whereas in the spreading tweets we have re-posts of the specific article. Furthermore, manual checks of sample of the data was done to verify any wrong annotations. We manually checked 500 tweets and we did not find any cases of misclassification. 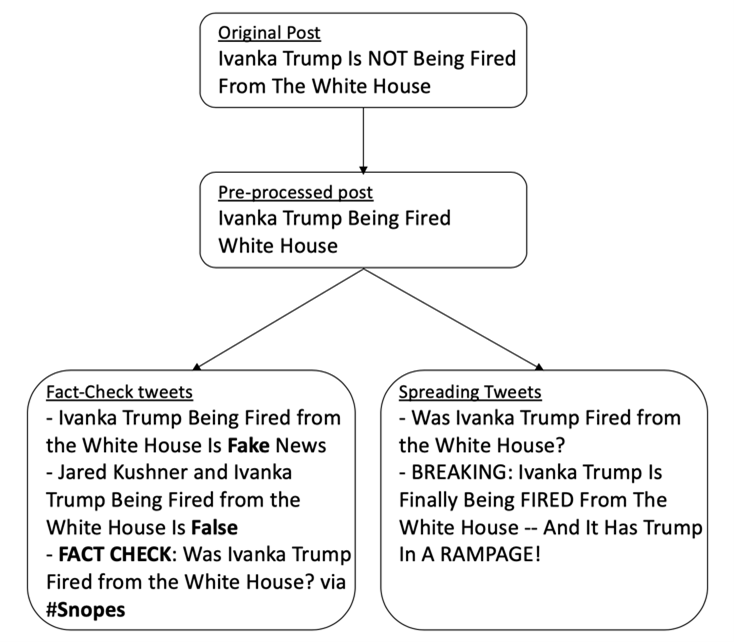 Fake news is becoming one of the main threats to our society. As part of our efforts for using AI for good, we have organised a shared task of author profiling at this year’s Pan @CLEF event, where the participants are asked to “Profile Fake News Spreaders on Twitter”.
Our aim was to understand if users who do not spread fake news may have a set of different characteristics compared to users who tend to share fake news like using different linguistic patterns when they share posts compared to fake news spreaders.
You can watch the full video of our keynote speech at the online conference where we are talking about the details of the task and our psychology powered AI solutions and API which was used by several participants of the competition for investigation.
https://youtu.be/jggcKWUcco8

How to use AI for good?

When it comes to the business side of things, social media companies are trying to take steps to minimise the online disinformation and fake news by restricting some forms of ads or removing posts or tweets that have false information.
This also leads a way to a network-based approach to content moderation where fake news content can be identified by spotting algorithms and patterns through the use of AI where it can be a vital source to be used constantly by journalists, social media platforms or even advertisers for a clean, verified content.
It is also important for many industries from retail, e-commerce to hospitality and tourism where identifying and eliminating disinformation of any kind plays a key role in understanding the real pain points and improving them for the best customer experience of the product or service.
The distribution of fake news for manipulating people can even lead to very serious consequences. For example, the use of fake or edited videos for an organised attack to reduce the interest to a popular touristic destination could end up with serious harm to the image as well as the economy. That’s why a proper plan to act towards disinformation plays a vital role for the sustainability of the businesses and industries.
If you want to learn about how AI capabilities can be used to identify fake news resources or how we can help you with Symanto’s AI empowered solutions, please feel free to contact us.
Content supported by:
• PhD thesis On the Detection of False Information from Rumors to Fake News by Bilal Ghanem, Symanto Research, co-directed by Dr. Paolo Rosso, Universitat Politècnica de València, Spain and Dr. Francisco Rangel, Symanto Research
• 8th Author Profiling Task at PAN 2020 Profiling Fake News Spreaders on Twitter by Francisco Rangel, Symanto Research